A short guide to the features available to tracking on-scene lab tests, test batteries, and billing

On-scene Tests are used to record the results produced by medical test equipment deployed on-scene or during transport. If your units carry portable blood labs, or urinalysis tests, or other test equipment that produces numeric results, AngelTrack can record the data... and bill for it too. 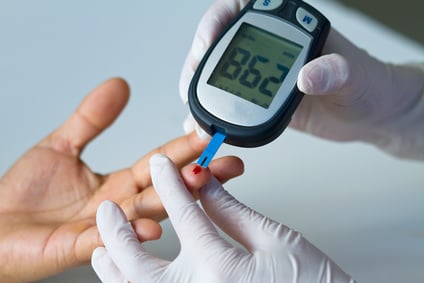 To define a new Lab Test, you input into AngelTrack the list of test elements that your equipment can perform. For each test element, you input the equipment's detection range -- meaning: what are the minimum and maximum values that can be detected? You also input each test's normal range, meaning: what range of values is healthy?

AngelTrack's PCR has a Labs page, which crew members use to record the results produced by the test equipment. The page offers a choice of all lab test batteries currently active, and for each one, its ordered list of test elements is displayed for the crew member to input each result.

Like all of the other PCR pages, crew members can re-visit the recorded results in case they made a mistake.

When test equipment is no longer in use, mark its test battery 'Inactive' in AngelTrack by clicking the corresponding 'Active' button. Leave the test battery in the list as-is; do not rename it in order to reuse its record for a different piece of test equipment. This is important. Older PCR records in AngelTrack may be keyed to it, and if you then rename it to something else, it will inadvertently change those older PCR records too.

You can always un-retire a test battery by clicking the 'Inactive' button to change it back to active. At that point, it will reappear as a choice in the PCR's list of available test batteries.

AngelTrack's pricing system allows each facility, affiliate, and patient to have a custom price schedule for a lab test, including a fee for mileage driven to reach the patient and a fee for excessive time on-scene, testing and counseling. Each lab test battery also has its own price, which then shows up as a line-item service charge in the invoice.

To learn more about billing for lab tests, read the Billing for On-Scene Services guide.