An explanation of AngelTrack's live map, the symbols and icons on it, and how to use it

Crew positions are shown on the map whenever GPS data is available. Crew locations arrive from GPS-enabled mobile devices that the crews may be carrying; their GPS positions are reported whenever they are using their mobile device to access AngelTrack web pages.

Live crew positions are shown on the map using these icons: 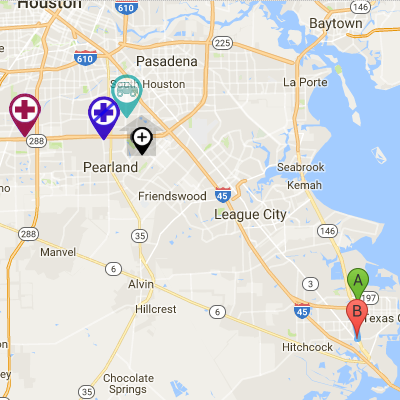 When viewing the live map, hover or click any icon to see more information about it.

That means that if a crew member locks their mobile device (i.e. puts it to sleep), his or her pin will remain on the map for ten minutes, then appear as stale for 50 minutes, and then disappear if no new position report is received by then. If you would like 24/7 position data from your crews, even when their mobile devices are asleep, install the AngelTrack Beacon app on their devices.

At the top of the map window is a dropdown list showing open and upcoming dispatches. Pick any dispatch from the list (those already assigned to a shift are shown with the assigned vehicle name), and the route will be displayed. GPS positions of the legs (enroute, on-scene, at destination) are shown too, if any are recorded. 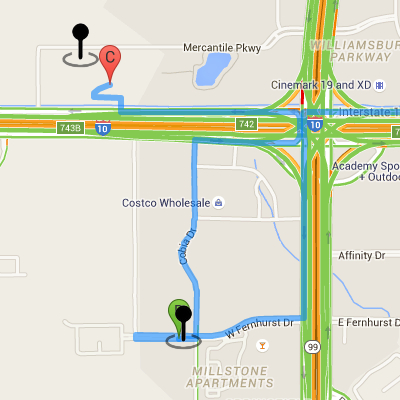 Dispatch legs and waypoints are shown on the map using these icons:

The map updates about once a minute to reflect any changes to the list of open and upcoming dispatches, as well as changes to the selected dispatch's origin address, destination address, and leg times.

You can also display any closed dispatch, no matter how old, by typing its dispatch ID into the box and then clicking the associated radio-button.

Clicking a "Map" link on other AngelTrack pages does the same thing: the selected dispatch ID is typed into the box for you, and the associated radio-button is selected.

Dispatching from the Map

You can perform dispatching right from the live map! This permits you to visualize each shift's route and calls over the next few hours. You can even watch your units moving around.

To learn more, read the Dispatching from the Live Map guide.